How Long Do Drugs Stay in Your Hair?

Employers rely on hair follicle drug testing for two main reasons. First, they’re harder to cheat than urine drug tests. Second, they can look further back into a person’s history. Follicle tests can detect drug use starting seven days back and up to 90 days back, depending on how long the hair specimen is. It can pick up on drugs only as recent as seven days because it takes three to seven days for drugs to become embedded in hair. Because of its longer detection window, there's one question people often have: how long do drugs stay in your hair?

How Drugs End Up in Your Hair

If a drug enters a person's bloodstream, it can wind up in their hair — whether it has been smoked, swallowed, snorted, or injected, notes DrugAbuse.gov. One a drug hits the bloodstream, it begins to travel to every part of the body, and that includes hair.

The reason is "sticks" to your hair is because certain drugs — like morphine, cocaine, and amphetamines — will attach to the melanin in the strands of hair. Once this happens, a hair follicle drug test can detect it. It binds to the tissues and cells around the root of your hair, then travels to your follicle, and finally, it ends up in the strand of hair itself.

How Long Do Drugs Stay in Your Hair?

This question is a tough one to answer because it's not as simple as pinpointing one specific number.

Different drugs have different lifespans, so let's use marijuana as an example. With hair testing's 90-day window, if you've smoked marijuana within that time frame at moderate or high levels, you're at risk of failing a hair follicle drug test. If you only used marijuana once and it was a small dose, it won't stay in your system as long, and you could possibly pass a drug test. However, it's important to note that it still doesn't take much THC to cause a positive drug test.

Some people try to trick hair drug tests by using a special shampoo that supposedly removes the THC from their hair, but this is merely a misunderstood myth. There is no known way to cheat this kind of test. Even if you shave your head, your body hair can be used.

It's important to note that marijuana itself doesn't last in your body for a long time. Rather, it's the THC that does — the component of marijuana that gets you high. Although the effects might wear off in a few hours (meaning they’ll even leave your bloodstream), THC specifically can stay in your body for weeks.

Furthermore, the amount of time it takes for the THC to break down and disappear can vary based on factors like:

While much of the evidence says you can't really pinpoint how long marijuana stays in your hair, the general consensus seems to be that it stays a really long time. In fact, some say THC doesn't leave your hair until you cut it or it falls out. And certainly, it can stay beyond the testing's 90-day window.

Interestingly, a 2004 study reported that researchers found opiates in the hair of poet John Keats 167 years after he died. They were also able to detect cocaine in mummies that were 1,000 years old.

If you're concerned a hair follicle drug test could pick up on drugs in your system, your safest bet is to immediately refrain from doing drugs altogether.

The Benefits of Hair Drug Testing

One of the main differences between a urine drug test and a hair drug test is their window of detection. While urine can be used to test for drug use within two to seven days, hair follicle testing can detect drug use further back — up to 90 days — so employers can determine if an applicant has repeatedly used drugs before. This makes it almost impossible to cheat, which means that it's a great pre-employment screening option for companies that promote a drug-free workplace.

A hair follicle drug test searches for traces of drugs inside the hair shaft. Thus, chemicals and external contaminants cannot affect the result of the test. An employee can wash, dye, or treat their hair with an assortment of products and it will still produce the same accurate result.

Other Things You Need to Know About Hair Drug Testing

Although there are advantages to using a hair drug test as opposed to a urine drug test, one must take a few things into consideration.

Drugs Don't Show Up in Your Hair Right Away

A hair follicle test can't detect illicit drug use within the last three to seven. It takes that long for the drugs to stick to a person's hair. This means that if you need to check whether or not a person used any type of illicit substance within the last few days, a hair drug test isn't the way to go. In cases like this, a urine test works better.

The Hair Specimen Must Be Collected Under Direct Supervision

Parents sometimes want us to test hair that they gathered from their child's hairbrush, to see if they've been using drugs. While we can do this, please note it's considered an "anonymous donor." This means we can't know with 100% certainty whose hair it is. Furthermore, drug test results from anonymous donors are not legally defensible. 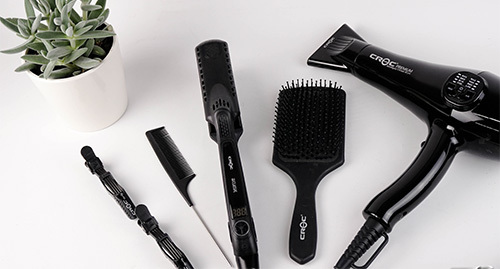