Individuals suspected of, convicted of, or pleading to a driving while intoxicated (DWI/DUI) charge will often be required to submit to drug and/or alcohol testing. Driving under the influence (DUI), or driving while intoxicated (DWI), is the crime of operating a vehicle while impaired by alcohol or other drugs (including recreational and prescription drugs), to a level that renders the driver incapable of operating a motor vehicle safely. Individuals who receive multiple DUI offenses are likely struggling with alcoholism or substance abuse and will require ongoing drug and alcohol testing.

According to the National Highway Traffic Safety Administration, alcohol-related crashes cause approximately $37 billion in damages annually. Between attorney fees, fines, court fees, ignition interlock devices, and DMV fees, a DUI charge could cost thousands to tens of thousands of dollars.

Let's look a little closer at each type of alcohol testing methods.

Alcohol can be accurately screened for in a urine sample. Urine alcohol tests are inexpensive, easy to conduct, and typically detect alcohol use for up to 36 hours, making them a useful option for personal situations, like parents wanting to determine if their child consumed alcohol, as well as legal reasons, such as probation alcohol testing.

Urine alcohol testing may not be best suited for workplace testing. The challenge is that a positive urine alcohol test is not indicative of current alcohol impairment, prove intoxication, nor does it definitively indicate alcohol beverage consumption. It is also difficult to relate urine concentration of alcohol to a legal benchmark, such as with blood alcohol testing.

For employment drug testing clients who wish to determine impairment or the prohibited use of alcohol, US Drug Test Centers recommends using breath alcohol testing methods.

For urine alcohol testing, a trained collector will follow standard procedures to collect a sample for urinalysis, which is then sent to the laboratory for analysis. Again, the urine alcohol test result is not a reflection of current impairment or intoxication. The sample of urine in the bladder at any given time is an accumulation of secreted urine since the last void of the bladder. It is plausible that any alcohol detected could be from alcohol consumption the night before or over the last couple of days. US Drug Test Centers advises caution when using urine alcohol testing to detect current impairment or intoxication in employment settings.

Breath alcohol testing is by far the most common method used to detect recent alcohol consumption. Widely used in employment substance abuse screening programs and by law enforcement in Driving Under the Influence (DUI) or Driving While Intoxicated (DWI) instances, breath alcohol testing can determine the current impairment or intoxication.

When alcohol is consumed, it's absorbed into the bloodstream and eventually works its way through other parts of the human body, including the liver, lungs, and brain. Alcohol is also exhaled through the breath. Screening for alcohol use via breath will measure how much alcohol is in a person's breath, therefore indirectly measuring how much alcohol is in a person's blood, known as their blood alcohol content or blood alcohol concentration (BAC).

Breath alcohol testing is most commonly performed by a trained breath alcohol technician (BAT) using an Evidential Breath Testing (EBT) device. An analysis of your exhaled breath, using a breathalyzer will provide a numerical value for your blood alcohol level (BAC) based on the concentration of alcohol in a portion of your exhaled air.

When to use Breath Alcohol Testing

Any DOT-regulated employee testing at 0.04 or higher will be subject to more strict consequences, up to and including termination, treatment, return to duty, and follow-up testing.

At US Drug Test Centers, we have customer service representatives standing by to take your order for your alcohol test and have your specimen collected quickly and conveniently at any of our more than 20,000 testing centers throughout the United States. Call 866-566-0261 to order your drug test today!

An Ethyl Glucuronide (EtG) test is widely used to detect the presence of ethyl glucuronide, a product of ethanol, which is the intoxicating ingredient in alcohol. The primary purpose of an EtG test is to confirm that an individual has refrained from alcohol use, more often than not as a condition of the courts or substance abuse rehabilitation programs. There are many methods used to screen for EtG such as blood, hair, and fingernails but most commonly in a urine sample.

When to Use EtG Testing

EtG testing is extensively used to evaluate and monitor whether an individual is abstaining from the consumption of alcohol. EtG testing can detect the presence of alcohol for those situations where drinking alcohol is prohibited, such as:

Ethyl Glucuronide (EtG) is a metabolite of ethanol. It is the primary biomarker used to detect ethanol, an ingredient found in beer, wine, and liquor produced by the fermentation of yeast, sugars, and starches. After alcohol is consumed, it will start to break down in a process called glucuronidation, which then forms the ethanol byproduct, EtG. Surprisingly, only about one-half percent to 1.5 percent of alcohol it is eliminated by the human body (urine) after it is consumed. EtG testing is very sensitive and detects recent usage more accurately and for a more extended period.

EtG testing can detect low levels of alcohol use for up to five days since it was last consumed. Heavy alcohol use can be detected for up to 80 hours (about three days) on average. EtG testing is not often used for employment alcohol testing as it is not able to determine alcohol impairment. Our EtG urine alcohol is performed by our partner laboratories LabCorp and Quest Diagnostics. The urine specimens are collected at one of our drug testing centers.

At US Drug Test Centers, we have customer service representatives standing by to take your order for your alcohol test and have your specimen collected quickly and conveniently at any of our more than 20,000 testing centers throughout the United States. Call 866-566-0261 to order your drug test today!

In hair alcohol testing, a hair sample is taken and then measured for levels of ethanol metabolites, which are produced when alcohol is metabolized. Working with our specialty laboratory, Expertox, located in Houston, Texas, we offer EtG hair alcohol testing. This testing has a lookback period of up to 90 days. Specimen collection is available at our drug screening centers in all areas of the United States.

Every one-half inch (1/2”) of head hair is approximately equivalent to a thirty (30) day timeframe. The standard length of hair collected is 1 ½”, or the equivalent of up to 90 days of detection, potentially even longer depending on the length of the hair. Alcohol testing via hair measures average alcohol consumption over approximately three months and can provide an indication of excessive alcohol use. 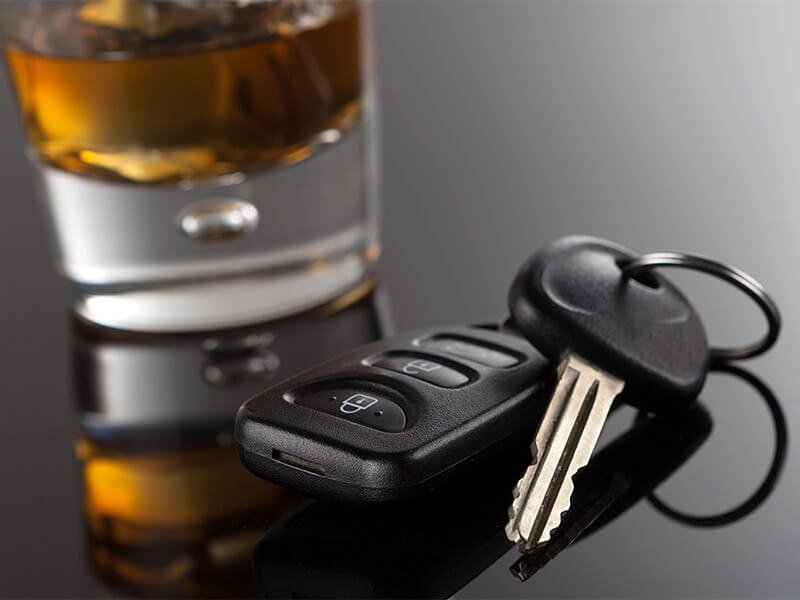 The Substance Abuse and Mental Health Services Administration (SAMHSA) does not recommend that a positive EtG test is used as the only evidence that an individual consumed alcohol. SAMHSA recommends that there be additional corroborating information or evidence of alcohol use to support a positive EtG test. An individual may provide their admission of alcohol use; an unbiased third-party may be able to corroborate their witnessing of alcohol use or conducting confirmation testing with another testing methodology may be useful. Any additional information or evidence is recommended to rule out the potential ‘incidental contact’ with products that contain alcohol (such as mouthwash, hand sanitizers, cleansing wipes, and many more products) which can result in a (false) positive EtG test. Laboratories routinely use high cut-off screening levels (at least 500 ng/mL) to ensure the positive test wasn’t due to incidental alcohol contact; however, SAMHSA still recommends additional information or evidence to be collected to corroborate positive EtG test results.

Past SAMHSA advisories include the following preliminary guidance that a positive EtG test result may indicate.

Overall, EtG testing is widely considered a highly useful test to detect recent alcohol consumption, however, with most all laboratory testing, there are pro’s and con’s that must be realized, such as:

In addition to EtG testing, recent scientific studies have identified ethyl sulfate (EtS) as a second specific metabolite or biomarker of ethanol. For this reason, our laboratories test and report EtS, in conjunction with EtG, to confirm recent ethanol ingestion or exposure.

EtS is a specific metabolite of ethanol that is stable in urine and not subject to degradation. The detection of EtG and EtS offers higher sensitivity and accuracy for determination of recent ethanol ingestion, than by detection of either biomarker alone. Our laboratories add the EtS testing to our standard EtG testing when a confirmation test is necessary.

Any positive EtG alcohol test result means the liver has processed alcohol (ethanol). For hair testing, this goes back approximately 90 days and for urine, about 80 hours. EtG or EtS production may vary among individuals, and because of the long detection period, estimating the amount of alcohol consumed is not possible. In general, the higher the ng/mL value, the more recent and/or substantial the consumption has been.