Unfortunately, many of us go through tough life situations such as a divorce or a break-up where children are involved. If the living environment also involves illicit drug use, then serious decisions must be made in order to ensure a child’s safety and well-being. Sometimes, one or both partners have a drug or alcohol problem. What happens then?

In child custody cases, the most critical factor that a judge will consider is the health, living conditions, the physical safety and well-being of a child. When a judge is forced to make decisions about the custody of a child, where a child should live and who can visit or associate with that child; a judge will consider each parent’s living arrangements, employment status, lifestyle, past criminal violations, drug use, and other factors.

An individuals drug use, whether it be only occasional or frequent use, can put a child in significant danger. Thus any allegations of illicit drug and/or alcohol misuse during child custody cases are treated very seriously. A court may refuse to grant custody outright or may choose to require supervised visitations for an individual accused of drug or alcohol abuse. Since these consequences are so seriously impactful, it is often not enough to voice your concerns or testify to the court that your former spouse or partner uses or abuses illicit substances or alcohol. As with the requirements of most courts, some form of proof will need to be presented. Individuals may need to request that the court to order a parent to take a drug test and prove that they are drug-free and capable of caring for a child.

For those that are concerned that their former spouse or partner is engaged in illicit drug or alcohol abuse and thus creating an unsafe and/or unhealthy environment for your child, they have the right to request that their former spouse be drug and/or alcohol tested. They should work with an attorney to file a motion asking the court to order a drug and/or alcohol test and consider those test results when making any custody decisions.

In contrast, the former partner may also choose to submit a request for you to be drug tested. This action may be a point of frustration. However, it’s important to remember that the end goal is to establish a custody agreement that provides a safe, happy, and stable lifestyle for the child.

If there is a reason to believe that one or both partners may have a drug or alcohol abuse issue, the court can require drug testing for use in the initial custody decision and as a condition of continued compliance with child custody cases. An individual that is a previous drug user may also be required, as part of the child custody agreement, to have unannounced ‘random’ follow up drug tests. 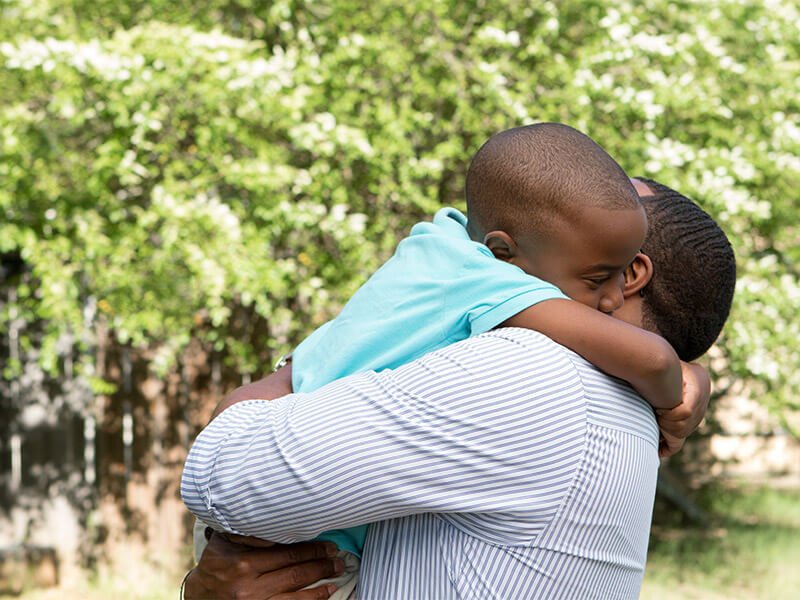 The method of test used to screen for illicit drug use, prescription drug abuse, or alcohol abuse will be are commonly conducted by urine, hair, or blood. In child custody cases, the method of testing that will be required will be determined by the judge’s preference, the details of the custody situation, or the standards of the court. Some tests, like urinalysis tests, can only show drug or alcohol use in recent days or weeks. Other testing methods, like hair testing, can show illicit drug or alcohol use over the past several months.

US Drug Test Centers are conveniently available in every city in the United States, with more than 20,000 locations nationwide. We offer a variety of testing panel options to accommodate the specific screening requirements of your child custody drug testing case, including:

US Drug Test Centers use SAMHSA-certified laboratories, and your drug screening results will be reviewed by a medical review officer (MRO) for accuracy and to determine if any positive results are due to legally prescribed medications.

The detection times for most drugs of abuse will vary based on many factors such as the type of drug used, the amount uses, the potency of the drug, an individual’s body type, heath conditions, metabolism, exercise, water intake, etc.

Urine Testing - A urine test is the most common form of drug testing. A urine test can show traces of drug use even after the effects of the drug has worn off. Average detection time for drug testing via urine is 1-2 days and up to 30 days from last use (marijuana has the longest detection period).

Hair Testing - Hair tests provides an extended detection window for drugs of abuse and an increased level of difficulty to adulterate a sample. Hair testing will show drug use from approximately a week and up to 90 days of last use of an illicit substance.

Somewhere between 90 and 95 percent of the alcohol that a person consumes is broken down by your liver. A small amount is expelled through a person’s breath and sweat. The remaining 1 to 2 percent is excreted through your urine.

Alcohol will usually be present in a person’s urine specimen within one-hour of consuming, and alcohol typically remains detectable for up to 12 hours. The actual timeframe may vary by person, depending on several factors, including your weight, health, gender, and the amount and potency of alcohol consumed.

The alcohol content in urine is sometimes utilized to estimate an individual's blood-alcohol content. The amount of alcohol in a person’s urine is approximately 1.33 times greater than the amount of alcohol in their bloodstream. To ensure the accuracy of this method, a minimum of two urine specimens are usually collected 30 minutes to one-hour apart. While alcohol itself has a relatively short detection window of only a few hours, specific alcohol biomarkers or byproducts remain in the body for several hours or days.

A common alcohol byproduct, ethyl glucuronide (EtG), can be detected in a urine specimen for up to three days after an individual's last alcoholic drink. Some laboratories will choose to screen urine specimens for ethyl sulfate (EtS), another biomarker that indicates recent alcohol use (very limited availability).

What Happens if I Fail a Drug Test?

If an individual fails a court-ordered drug test, the consequences will vary depending on the details of the test results along with other situational factors.

Those that fail a drug test may be required to attend an emergency order hearing, required to comply with a temporary order of supervised custody, or be required to take drug and/or alcohol treatment classes along with any other related corrective action(s) such as parenting classes, anger management courses, personal counseling, etc. Successful completion of all necessary action(s) will demonstrate to the court that the individual is attempting to live a sober life and create a better living environment for the child.

Individuals may also be ordered to take follow up drug tests, typically 60, 90 or 120 days after the initial drug test. Continued compliance with the remaining drug and/or alcohol-free will help demonstrate that the individual is making consistent changes to their life. Failing follow up testing for drugs and/or alcohol may likely add to the difficulty of receiving custody or additional visitation rights with the child. Compliance is critical if you want to be successful.

In the end, a judge must rule in the best interested of the child when determining where a child should live and who should have any visitation rights with the child. A critical factor that the judge will take into consideration is a parent’s past drug and alcohol abuse. A failed drug or alcohol test will not automatically prohibit a parent from ever seeing their child again. However, a failed drug or alcohol test that shows active use or continuing to fail follow up drug or alcohol tests will likely lead to a decision in favor of the other parent.

US Drug Test Centers Can Help

Some states have certain procedural safeguards in place to ensure that the drug and/or alcohol test is accurate and that the individual's rights are protected. These requirements often mandate that the testing site or testing laboratory is state-approved and that provides an individual with an opportunity to challenge a laboratory confirmed positive test result. States also may require that the test utilized is the least intrusive method available for determining drug and/or alcohol use, such as a urine test rather than a hair test.

It's crucial that individuals work with a professional organization that reduces the stress typically associated with court-mandated drug testing and one that specializes in custody related drug testing — not a local medical clinic which may not have the proper knowledge and expertise.

For your drug testing needs in child custody cases, you can contact us online for advice, a consultation, and drug testing options at US Drug Test Centers, or call 866-566-0261.