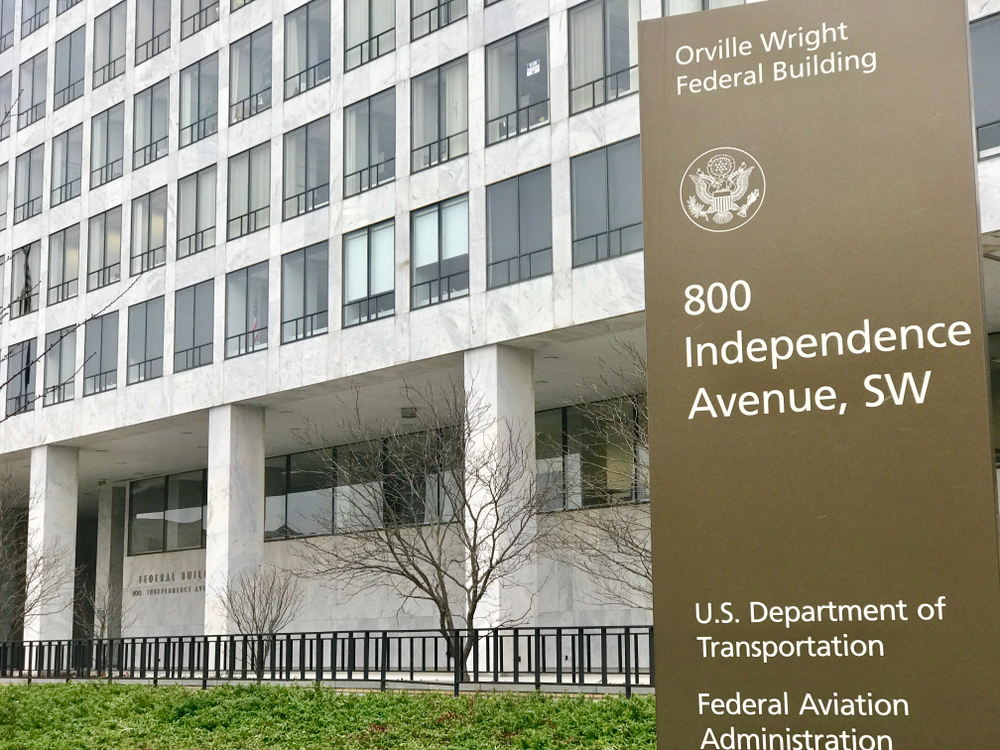 Trucking companies are essential in the supply chain that supports the logistics industry, literally "keeping America moving." With such an important role comes great responsibility. Employers of safety-sensitive motor carriers are vital in ensuring the safety of their staff and the traveling public. With a focus on safety, federally regulated Commercial Motor Carriers are required to establish a drug and alcohol testing program that meets the requirements outlined in the DOT regulations 49 C.F.R. Part 382 and Part 40.

Compliance with these regulations begins with knowing what the rules are. Employers are responsible for developing, implementing and maintaining a comprehensive workplace drug and alcohol program that consists of a clear policy, provisions for education and training, drug and alcohol testing, and when needed, referral for evaluation and treatment. These requirements may seem complicated but following them will prove to be your blueprint for protection.

Here we will discuss the basic rules that you should know to meet your drug and alcohol testing obligations as a Motor Carrier.[1]

Below is a chart for a Quick Summary of DOT Requirements, for assistance with this content contact US Drug Test Centers

Employers must provide written material (policy) regarding the misuse of alcohol and the use of drugs.

Anyone considered safety-sensitive; those intended to operate a commercial motor vehicle and required to have a CDL (including mechanics)

3. What drugs must be tested?

4. When must the tests occur?

5. Where must testing be conducted?

All test required under FMCSA rules are to be conducted per Office of the Secretary rules.

6. How must tests be performed?

DOT does not dictate discipline but requires anyone who violates these rules to be removed from safety-sensitive functions and imposes return to duty requirements.

Each employer must indentify someone to receive communications and test results.

It is often asked, "Qhere did these rules come from?" Here's a short history lesson on DOT drug testing rules.

On September 15, 1986, President Ronald Reagan issued an Executive Order[2] finding that, "Drug use is having serious adverse effects upon a significant proportion of the national work force and results in billions of dollars of lost productivity each year.” That Executive Order directed every federal agency to develop a program "to test for the use of illegal drugs by employees in sensitive positions."[3]

That Executive Order, often seen as the starting point for DOT drug testing rules, was the next step in the evolution of employee drug testing, which began in the early 1980s and continues today. Employee drug testing can find its origins in the military's experience and be in response to reports from the National Transportation Safety Board (NTSB) expressing concerns about the role drug use was playing in a series of recent rail accidents.[4]

In March 1986, President Reagan's Commission on Organized Crime issued a final report which recommended that all government contractors be required to have drug testing programs and all "government and private sector employers who do not already require drug testing of job applicants and current employees should consider the appropriateness of such a testing program."[5]

The federal Department of Transportation (DOT), Office of the Secretary (OST), first published its drug testing regulation, 49 CFR part 40 (Part 40), on November 21, 1988, as an interim final rule.[6] Each of the six "modes" or agencies under the Department of Transportation published their own rules. Most of the federal agency drug testing programs faced opposition in court but eventually were successful in defeating those challenges.[7] In 1989, the United States Supreme Court upheld the constitutionality of the Federal Railroad Administration's (FRA) post-accident regulations.[8]"

The DOT and FMCSA rules do change from time to time, most recently on November 13, 2017. It may seem somewhat odd to think of today, but alcohol was not included among the drugs to be tested when the rules were first issued. Later, and partly due to a fatal subway derailment in New York City where five individuals were killed, and the motorman was found to have a blood-alcohol level of 0.21,[9] Congress passed the Omnibus Transportation Employee Testing Act of 1991 directing DOT to add alcohol to the test panel.[10]

In 1994, alcohol testing rules were finalized.[11] It was about this same time that a subtle but fundamental change occurred in the regulations. To remove duplicity and to achieve a "One-DOT" approach to testing, all modes of transportation were to follow the testing procedures (collection, laboratory, MRO, SAP, etc.) issued by the Office of the Secretary (OST) and found in 49 C.F.R. part 40. So, in plain English, each Agency such as Federal Motor Carriers Safety Administration (FMCSA) or Federal Aviation Administration (FAA) outlines who will be tested and when, but the OST sets forth what will be tested and how.[12] Essentially DOT Regulations exist today in the name of workplace safety and saving lives!

Review of the Regulations

In brief, as an employer with employees whose duties are at least in part[13] regulated by the Federal Motor Carrier Services Administration (FMCSA), you must comply with the following rules.

2. Appoint a Designated Employer Representative (DER): Someone must oversee the screening program. That person, the DER, must be available to answer employee questions and those of any service provider as tests are being conducted.

3. Make clear who will be tested: This may seem obvious, but occasionally there is some grey area such as with mechanics or dispatchers. They are included because the definition of "driver" includes "any person who operates a commercial motor vehicle. This includes, but is not limited to: Full time, regularly employed drivers; casual, intermittent or occasional drivers; leased drivers and independent owner-operator contractors."[14] and encompasses safety-sensitive function which means "all time from the time a driver begins to work or is required to be in readiness to work until the time he/she is relieved from work and all responsibility for performing work."[15]

4. Make clear what drugs will be tested for: Substances testing will include alcohol, amphetamines, cocaine, marijuana, opioids, and PCP. The DOT has made it clear that there is no acceptable reason for marijuana to be in a DOT-regulated employee's specimen.[16] As of January 1, 2018, the opioid category of drugs includes synthetic and semi-synthetic opioids such as hydrocodone, hydromorphone, oxycodone, and oxymorphone.

5. Make clear when tests are required. You must test under the following circumstances:

Other Items of Note:

I've noted a few more essential requirements below. However, many more rules apply to truck companies.  It is strongly suggested that each employer obtain the help of appropriate professionals who are familiar with these rules and all other rules that could apply to their specific program.

Admission of Use: Self-reporting may not be used as an attempt to avoid testing but may be made following a qualified voluntary self-identification policy.

Record Retention, Auditing and Annual MIS Reports: Employers are required to maintain comprehensive records related to your program. That way, you can fully account for your screening compliance when you are inspected or audited by DOT Agencies and easily provide annual program data to the DOT, as required. Also, you will have the records that you might have to produce for court cases and arbitration hearings. Your service agents can maintain these documents for you.

Drug and Alcohol Violation Background Check (Prior History – 2 years): Anyone seeking to begin performing safety-sensitive functions the first time with the employer must provide written consent for the employer to request drug and alcohol test information from past DOT-regulated employers over the previous two years.

Clearinghouse - Beginning on January 6, 2020, the company, or Service Agents (such as Third-Party Administrator (TPA), Medical Review Officer (MRO), or SAP) where applicable, must report to the Commercial Driver's License Drug and Alcohol Clearinghouse (Clearinghouse) information about . . .

Additionally, the company must search the Clearinghouse for information during the pre-employment process for prospective employees and at least once per year for each current employee to determine whether anyone has incurred a drug or alcohol violation with a different employer, making them ineligible to operate a CMV. Information in the Clearinghouse will remain for five years or until an individual has completed the return-to-duty process, whichever is later.

Although drug testing may be inconvenient, it's a critical part of owning a trucking company. These regulations are in place to help ensure a safe workplace, keep unsafe drivers from getting behind the wheel and making the roads safer for everyone.

[1] What we discuss here in this short article are just the highlights of the DOT rules. There are many, many more.

[7] Listing every court challenge and decision is beyond the scope of this article.  Essentially the only mode of transportation successfully challenged was the Urban Mass Transit Administration (now FTA) where the Court determined that UMTA did not have the statutory authority to direct regional transit bodies to create the programs.  That was corrected with the passage of the Omnibus Transportation Employee Testing Act of 1991. See, Karch, ed. Drug Abuse Handbook, (1997), J. Michael Walsh, Development and Scope of Regulated Testing, (10.1), p733.

[12] The OTETA requires the OST and DOT Agencies to adopt “the scientific and technical guidelines regarding drugs [to be tested] "and specimens" collected issued by Health and Human Services (HHS). See, 82 Fed. Reg. 52230 (Nov. 13, 2018).

[15] The term "safety-sensitive" includes a long list of functions such as all times at an employer or shipper plant, terminal, facility, or other property, or on any public property, waiting to be dispatched, unless the driver has been relieved from duty by the employer; all time inspecting equipment; all time spent at the driving controls of a commercial motor vehicle in operation, except time spent resting in a sleeper berth (a berth conforming to the requirements of §393.76 of this subchapter); all time loading or unloading a vehicle, supervising, or assisting in the loading or unloading, attending a vehicle being loaded or unloaded, remaining in readiness to operate the vehicle, or in giving or receiving receipts for shipments loaded or unloaded; and all time repairing, obtaining assistance, or remaining in attendance upon a disabled vehicle

[16] See the Department’s statements on medicinal and recreational use of marijuana at https://www.transportation.gov/odapc