While it may be humorous to some people, alcoholics and individuals struggling with alcohol dependency will go to great lengths to obtain that euphoria they get when they consume alcoholic beverages. It isn't just alcoholics that will go to extreme lengths. Drug addicts will also seek alternative measures when looking to get high. It's a good idea to know just what addiction can do to people and the desperation that comes with withdraws. Many people going through alcohol withdrawal can sometimes experience any number of physical and psychological conditions.

When people reduce or stop alcoholic beverage consumption, they go through what is commonly known as DTs (delirium tremens) and sometimes can have seizures because of their physiological dependency. The neuro-adaption that comes with some cases of alcoholism will manifest in different severities. About half of the alcoholics will have DTs when they are staving off consuming alcoholic beverages. These people experience overwhelming symptoms including alcoholic hallucinosis where they experience tactile, auditory, and visual hallucinations.

They have withdrawal seizures that will sometimes occur within 48 hours of their alcohol cessations. The DTs are a hyperadrenergic state that will include disorientation, diaphoresis, and tremors. They will experience impaired attention, a slipping cognitive state, and more auditory and visual hallucinations. Severe delirium tremens affects about 5 to 20% of people dealing with detoxification.

Sometimes the physical and psychological attachment to alcohol is too much, and people will resort to extreme measures for alcoholic alternatives. It is never a good idea to consume anything that is not a food source. There are warnings and phone numbers to poison control on bottles of household cleaners because sometimes desperate times call for desperate measures. Cooking wine is consumable and will provide enough alcohol by volume to get just about anyone intoxicated. People dealing with alcoholism are likely the first to know that the kitchen pantry is a good place to look for a quick alternative. 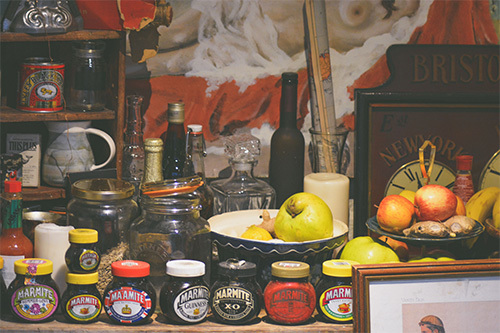 The average bottle of cooking wine (750 ml or 27 fl oz) has approximately 14% alcohol by volume. It is a good idea to never use cooking wine for recovering alcoholics because the alcohol will never completely burn off.

Alcoholics will often seek medication for their alcohol fix. Cough syrups, cold, and allergy medications are an excellent source of alternative alcohol. There are many vitamins and other medicines available that use alcohol as a base for their elixirs. Some medications can have 25% alcohol by volume. While in the medicine cabinet, it is likely that the alcoholic knows about the properties of mouthwash.

Many types of mouthwash on the market, available to anyone at any age, can contain a staggering 65% food grade alcohol by volume (average 750 ml or 26 fl oz bottle). People who drink mouthwash, cough syrup, and cold medications are well aware of the effect of the content. When dealing with addiction and intervention, it is a good idea to clean out any and all medications and mouthwashes from the recovering alcoholics' homes.

Surprisingly, there are other places to look for alcohol consumption. In some rural communities that have bans on alcoholic beverages (yes, there are still villages and townships in the United States that ban alcohol) more extreme alternatives are often fatal or debilitating. Consuming Lysol in "dry communities" isn't commonplace but it can happen. Even with the dangers of poisoning, drinking Lysol as a means of alcohol consumption still happens today. PineSol is another alcoholic alternative for desperate people.

And while it may seem incredible, unbelievable, or impossible, you need to understand that severe withdrawal from alcohol can pose a threat as much as withdrawal from drugs. Some communities have elected to ban PineSol and Lysol from their local grocery market shelves rather than deal with the repercussions. Some communities have limitations on mouthwash purchases; even go as far as making it unavailable unless asked for directly. While household cleaners can get you intoxicated as well as destroy your liver and likely cause paralysis or death due to consumption, many people will seek a way to get intoxicated. Aftershaves are another source of alcohol that is used as alternatives.

While it isn't a good idea to drink aftershaves or isopropyl alcohol, many households all over the country have the ingredients and more that people will use. Many people who seek alternative measures for alcohol addiction are not looking to poison or kill themselves; however, the reality exists when dealing with certain chemicals and cleaners. Aside from the gastrointestinal irritation, many people will experience kidney failure. In rural, hard to reach communities, every item that can be used as an alcohol alternative will be tried.

Many people have canned air in their homes today. People use canned air to clean out computer towers, keyboards, and other electronics. Compressed air (canned air) used to not contain a bitterant. Then one day someone decided it was an easy way to "get high" and started using canned air as an alternative to other drugs. Companies began adding a chemical to the product that would greatly change the taste of the product. These aversive agents were needed because so many people were using the compressed air can for inhalation and ingestion.

While there is no cure for alcoholism, it would be a good idea to understand how it can adversely affect even the hardened alcoholic when they choose to stop drinking. If you want to help and be part of the solution, you need to be aware that some people need extra encouragement and more support when dealing with the addiction. Remove any and all products from their homes that can be used as an alternative to alcoholic beverages.