Any drivers that fall under the DOT and FMCSA will soon be seeing a new rule put into place. The new rule will implement a database that will store the names of any CDL/DOT licensed drivers that are cited for driving under the influence of drugs or alcohol. This measure was first brought up back in February of 2014, but now it finally looks like it's in the end stages of becoming a rule. The Federal Motor Carrier Safety Administration (FMCSA) has submitted the rule to the Office of Management and Budget at the White House, which is the last stop before the rule can become official.

The overall goal of this rule is for companies and carriers to be able to report to FMCSA anyone who fails a test. Then, they will be in the database for future reference. Carriers will be required to report any of their drivers if they are cited.

One of the new requirements will be that carriers or companies will have to consult this database when they have any new hires. Also, once a year, they will need to run all of their current drivers through the database. If the carrier is an owner-operator, they will still be required by law to participate in this database. The owner-operator, who by DOT regulations should be in a random consortium, will have to alert their consortium and authorize it to be able to submit any information on any drivers including themselves. If any driver refuses to allow any of the above directions, they could be permanently banned from driving.

The entire goal of the database is to make sure that any drivers who have previously been taken off the road or cited for driving under the influence of drugs or alcohol complete all of the return-to-duty steps before going back to driving. It's also to make sure that employers are meeting their drug and alcohol testing responsibilities and remaining compliant.

If a driver disagrees with being in the database, or disputes being placed in there, they are able to request to be removed. Drivers are able to appeal the results by requesting an administrative review, where they must submit a written request and explanation of why they think there was an error. 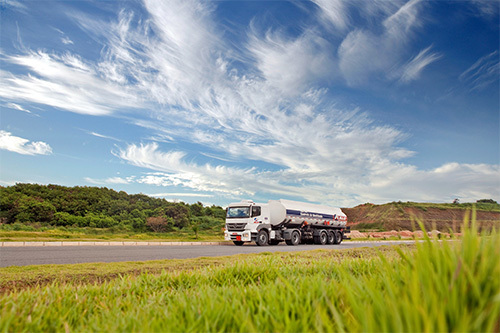 The FMCSA and DOT are constantly striving to make sure that their drivers, as well as other drivers on the roadways, are kept say. DOT drivers are held to high standards and protocols.

US Drug Test Centers can help you with all of your DOT drug testing needs. From DOT drug and alcohol testing to DOT random consortiums, we can do it all for you. We will make sure that your company has everything it needs to be in DOT compliance. Are you an owner-operator? We can help you as well! We have an FMCSA random consortium for owner-operators and will alert you once you are randomly chosen for a test. Call us today at 866-566-0261 or you can even sign up on our website.