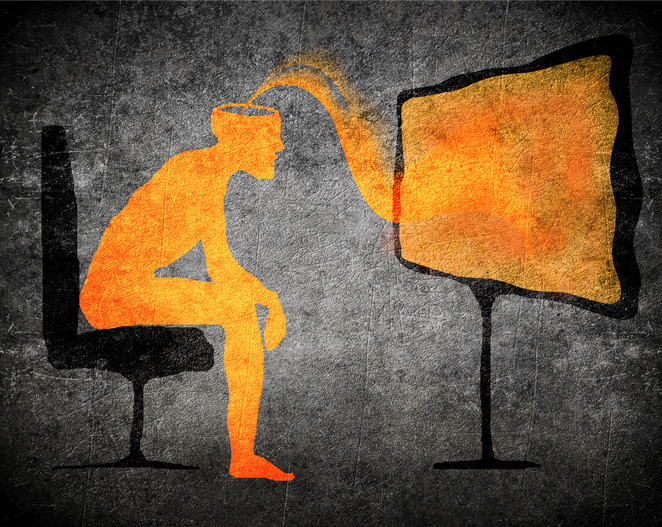 There are advertisements everywhere in the world. Whether you're conscious of their presence or not, you are exposed to advertisements several times in a day from various venues. The logo on a T-shirt, a billboard, the radio, television, movie theater, and sometimes trailing after an airplane while hanging out at the beach — advertising is everywhere.

Merchandisers, manufacturers, and any company that specializes in selling to the public spends billions of dollars yearly to research and develop commercials and advertising to entice impulsive people to purchase their products. Advertising companies will spend considerable sums of money on psychological tests and clinical studies to find out how people operate, how people think about advertising, and what motivates people to make purchases.

Target marketing is key to getting the message to the right people to ensure the product placement is captured and people will go out of their way to make the latest purchase. It doesn't matter if it's the most current smartphone or latest automobile design; if the target audience is off, the sales will not keep the company in business. Advertising researchers will look at certain demographics, geographical isolation, and ethnographic backgrounds before they spend too much money in the wrong place. Sometimes a great commercial won't reach a target audience if it airs too early or too late in the day.

The term "subliminal messages" is an image or sign that passes from a media source into the brain without the person consciously aware of its presence.

When it comes to targeting the right audience for alcoholic beverages, advertisers will inundate sporting events, car racing, and high-traffic areas where many people congregate at one time. The philosophy of alcohol producers is to reach an audience that is 21 and older. However, they are not opposed to subjecting children and teenagers to their advertising. Children are very susceptible to marketing campaigns and advertising. Creating consumers starts early and happens the moment a child is given money and allowed to pick out something for themselves. If the advertisers did their job right, the money would go to the product that has become a household name or has blanketed exposure in all the right places.

When it comes to alcohol advertising, the manufacturers rely on the unscrupulous means of the advertisers to get the message across. Sometimes the message is so well disguised people forget they are subjected to alcoholic beverage advertising because the cultural reference is so ingrained in the mass consciousness, no one questions the subliminal context of the commercials. 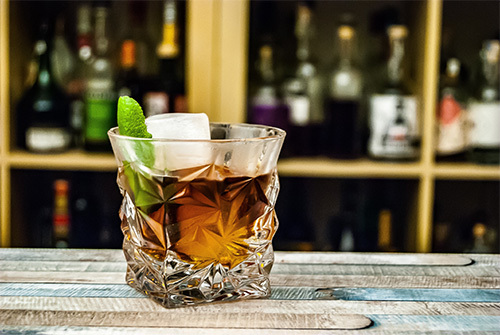 Many props associated with certain alcoholic beverages have become iconic and expected, readily identifiable. One domestic beer company has been using Clydesdale horses for holiday advertising for years. Today those horses are accompanied with puppies. Often these images are meant to evoke a feeling of happiness. When it comes to the product endorsement, no one is pointing fingers. Sometimes it's hard to look beyond the cute or majestic horses trotting across a wintery field.

Many beer commercials are targeting teenagers. They use pretty people in vacation hotspots and use alcoholic beverages as a means to enjoy the great outdoors or other people's company. Often these commercials will evoke a feeling that it's socially impossible to have fun without drinking alcohol. When it comes to alcoholic beverages, many companies understand their marketplace. They know that eventually, everyone will at least try alcohol.

And whether it's using sex to sell their products or two old men sitting on a porch in the summer, alcohol companies tend to avoid direct criticism from the general public. The subjective nature of product placement in magazines tops the most identifiable subliminal marketing when whiskey bottles resemble shapely legs or fleeting images of other unmentionables; the target audience is usually adult men who are more susceptible to those types of marketing ploys.

Jean Kilbourne, Ph.D., who is a filmmaker and internationally recognized for her research on advertising and women, once held a seat on the Board of Directors of the National Council on Alcoholism. She stated, "Recognizing this important marketing fact; alcohol companies deliberately devise ads designed to appeal to heavy drinkers. Advertising is usually directed toward promoting loyalty and increasing usage, and heavy users of any product are the best customers. The heavy user of alcohol is usually an addict." And many alcoholics are unaware of their exposure to the material. 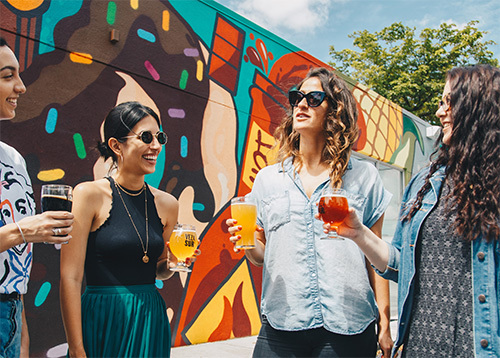 The psychological influence of alcohol is substantial without the added strain of subliminal advertising to entice alcoholics. There is a long struggle for anyone who has to deal with the disease, and when they are subjected to a barrage of images or audio messages that suggest it's impossible to make it through the day without drinking, their battle is never over. Make considerations for people who fight the addiction. Much like tobacco products, alcoholic beverages seem to sell very well without too much advertising.