When you think of performance enhancing drugs, video gaming probably isn't the first thing that comes to mind. Esports are now gaining attention due to a recent admission by one professional video gamer. Kory Friesen, who is a Call of Duty video game coach, recently admitted that at the Electronic Sports World Cup (ESWC) 2015, most of the participants were on Adderall. Another gamer came forward and said that he's seen "people sell it (Adderall) at tournaments for anything from $10.00 to $40.00 a pill." This is not to say that every tournament video gamer is on Adderall or similar drugs.

Sasha Hostyn, a player for North America, says that she has "never done anything like Adderall" and that she believes that "testing might be too invasive." This all brings into mind the question: does this (Adderall) give some players an unfair advantage during Esports tournament play?

Adderall is often referred to as the "smart drug" because it's used mostly by college students as a study drug due to its concentration-enhancing effect. This drug was originally designed to treat attention deficit hyperactivity disorder (ADHD). Adderall is a type of stimulant — a substance that temporarily increases alertness and energy levels. Unfortunately, it's for this very reason that abuse of this drug is rampant in schools, workplace, and, as mentioned above, Esports.

Thus, many ask: does it really improve performance?

When Adderall is absorbed by the brain, it may produce a few beneficial effects such as better focus and alertness. It is, after all, a drug initially made to help people. However, these effects last only until the drug leaves the system — at most, for a few hours. This means if a person wants to get the same boost in brain performance, he or she must consume more. This is where the problem comes in.

The Dangers of Adderall Abuse

Using medically-approved Adderall can already produce side effects like dry mouth, loss of appetite, heart palpitations, restlessness, and irritability. Taking the drug without a proper prescription can lead to drug dependence and cause other severe effects, such as:

Although it may provide temporary benefits, Adderall abuse is dangerous both physically and mentally. Furthermore, overdose on this drug can potentially be deadly. 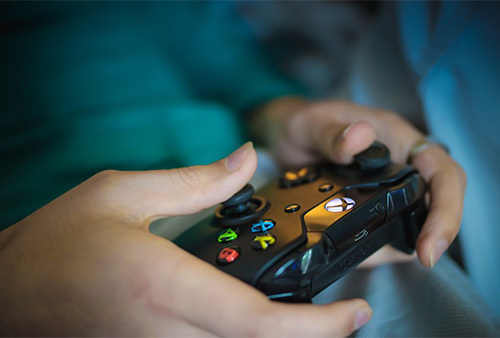 Dependence on Adderall can pose health, relationship, and work-related problems which, is why it's important to know the signs and symptoms of abuse. Here are a few of the signs you should look out for:

Being Unusually Talkative or Excitable

Adderall contains amphetamine, which can temporarily boost a person's energy levels. As a result, a person tends to exhibit strange behaviors — like being unusually talkative or excitable.

One of the effects of Adderall abuse is a loss of appetite. This is the reason why some people who want to lose weight use it. Skipping meals frequently without any reason is another symptom of Adderall abuse.

Adderall can cause depression, which can lead a person to isolate themselves from people they usually associate with. Another sign of depression and Adderall abuse is sleeping for long periods.

If you notice a friend or colleague having these symptoms, make sure to take proper measures. Talk to a counselor (if at school) or to your designated employee representative, or DER (if at work).