Baseball has always been considered to be America's great pastime. But with the rise of illegal substances such as PEDs and steroids, some feel that the game has been a bit tainted in some ways. The MLB has a drug testing program in place, but many players are questioning if it's really enough, and if it's really actually stopping players from doping. The entire doping issue came to light in 2014 when several top named players, including Alex Rodriguez of the New York Yankees, were popped in what was known as the "Biogenesis Scandal."

There were over a dozen players who were suspended, Rodriguez being one of them. Of those players, only four had previously been eyed for doping through drug testing. This particular scandal stemmed several changes within the MLB with their drug testing program and protocols. An 80-game ban was put in place for people who were first-time offenders, and then a 162-game season ban was put in place for second-time offenders. All third-time offenders would be banned for life from the MLB.

The company that the MLB uses for their drug testing has increased the frequency of drug tests and also makes sure to keep their random testiime patterns all different. Many players still ask, though, besides increasing how often drug tests are done, what else can be done about this problem? The Chief Legal Officer of the MLB, Dan Halem, said, "There is not much more you can do from a drug-testing perspective, which is why we have a whole department of investigations, and a whole program designed to catch players who are violating the program and don't test positive."

When Fox Sports interviewed some of baseball's top players about this issue, it's clear that many are frustrated and want to find a way to really put a stop to PED use. Justin Verlander, of the Detroit Tigers, said that maybe there needs to be a more severe punishment for the users. According to Verlander, "It's too easy for guys to serve a suspension and come back and still get paid."

Max Scherzer, a former Detroit Tiger who now pitches for the Washington Nationals, says, "If anybody has an incentive to cheat, they're going to try to use the most scientifically concocted drug there is. To me, that's premeditation. And when you're talking about premeditation to cheat, that's when we need punishment that mimics that." 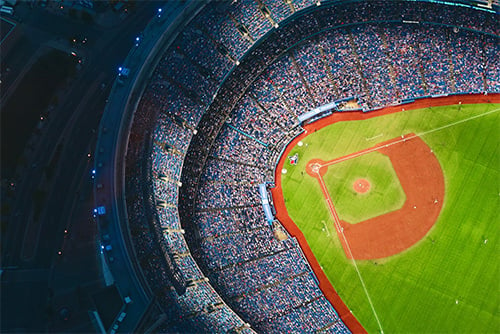 Fox Sports suggests that if enough players like Verlander and Scherzer speak out about this and bring these types of issues up, it could push the union to change or modify the joint drug agreement during its negotiations. The collective bargaining agreement ends on December 1, and the MLB has said that they are open to discussion with the union about increasing the drug penalties and think that discussion on the subject will definitely be had.

US Drug Test Centers can offer you an array of urine as well as hair drug tests. We also offer random testing programs where you can customize the type of testing that you need. You tell us when you want the tests done, what locations work best for you, and how often you want the tests done. We will work with you to make sure that you are satisfied with the program put in place.