Heroin Business in the United States 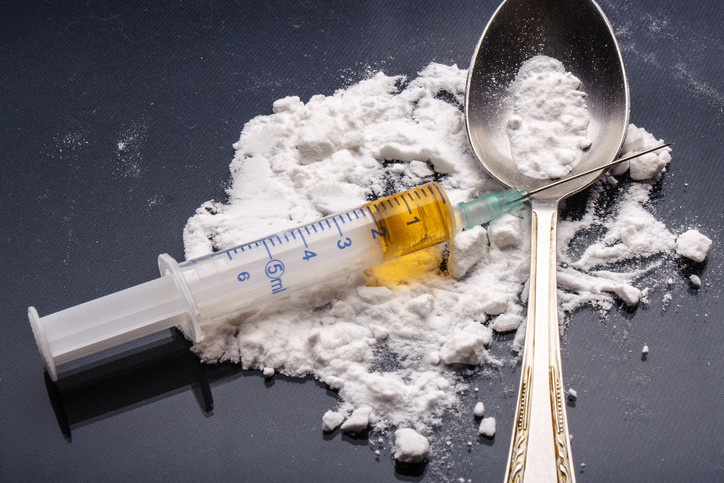 With the increased interest in states legalizing marijuana, making it profitable for the government to mandate laws regarding the sales and consumption of marijuana, in both medical and recreational categories, the import of illegal marijuana has dwindled in recent years. However, the opportunities to import other illicit narcotics, to fill the financial void in trafficking, has allowed for more extreme drugs to seep into the country unchecked.

Looking at dealing drugs like any other entrepreneur opportunity, there is an international trade skill that has infected the United States. The heroin business is an import/export commerce that has six components: target market, startup costs, incoming and billing, operations, marketing, and resources.

The demand is high and growing steadily. According to research done by the Mayo Clinic, people begin to experiment with heroin around 14-18. That is roughly the same age range as experimenting with marijuana and alcoholic beverages. By ages 19-60+ individuals who have enjoyed how they are affected by heroin will continue to use the product, provided there is a viable avenue of availability.

According to the White House Administration Office of National Drug Control Policy, before the 1990s, the majority of imported heroin came from one of three regions that specifically grew poppies for cultivating and exporting heroin: Southeast Asia, Southwest Asia, and Latin America. Suppliers from these regions began exporting to Europe, Russia, Central Asia, China, and North America.

However, many Mexican drug cartels began cultivating poppy fields and exclusively supplied to the United States market after the 1990s. According to the Office of National Drug Control Policy, the majority of heroin imported into the United States currently comes from the Mexican manufacturers and is concentrated in a market west of the Mississippi, while Columbian heroin suppliers are exporting to the eastern side of Mississippi. According to the Drug Enforcement Agency's 2015 National Drug Threat Assessment, the majority of the heroin produced in Mexico is exported to the United States. While the Mexican suppliers are eager to capitalize on the American market, they are finding that heroin is not the drug of choice for Mexican citizens.

Anyone who already established the trafficking of narcotics into the United States uses the same channels that have successfully worked for the last few decades. Since the increased interest in heroin in the United States has taken off, unsavory merchants and corporations are eager to become part of the importation business. It may not be too difficult to follow the street heroin back to people who may want to take advantage of certain skill sets. There are opportunities for desperate people willing to break the law for a lucrative cash-out. Heroin in the United States is strictly an import business.

The manufacturing of methamphetamines has declined over the last 10 years because of the inability to acquire the key components for production. Thanks to the Drug Enforcement Agency working with federal and state officials to break the suppliers of certain chemicals and drugs, heroin is an easier business and purer product that can be diluted in several ways without raising alarms in federal agencies. Methamphetamine is still a problem in many Mexican population zones.

Heroin is a big business. In the United States, the cost of heroin (according to the United Nations Office on Drugs and Crime's World Drug Report) is between $110 and $200 a gram. When heroin is exported to the United States, there is no regulatory action taken for the drug. It can be pure or cut (stepped on, etc.) and it's anyone's guess what's used to dilute the pure heroin into a more distributed narcotic. It comes down to a select few manufacturers who have been in business for many years. Often they have a status-quo feel for the business. Why fix something that's not broken?

However, as the heroin business increases throughout the world, other manufacturers are less likely to take precautions or care what they use to dilute the pure drug. The purity of the heroin will determine the price, either wholesale (cartels) or retail (street dealers) and any one of them have the opportunity to step on the drug, even more, make it stretch further than when they got it. Turn a kilo (2.2lbs) of heroin into five kilos or more. This is a cash business. Often people have stacks of cash that need processing. It's impossible to transport a considerable amount of money without drawing a lot of attention.

Often, cartels will enlist money laundering services that allow drug (blood) money to turn into viable cash that is "clean." Often professional financial institutions are handling vast sums of money with a don't ask, don't tell policy that allows them to continue to do business while their heads are still attached to their necks.

Since there are already underground channels of operation that have been running unchecked for decades, adding a new stream of merchandise (heroin) into a system is easy. This works for trafficking other drugs or even trafficking people and will continue to operate accordingly until the Drug Enforcement Agency can stem the influx of narcotics into the United States. Unlike legitimate trade, the heroin business is run on a stern system of blood and bullets. Without embellishing, there are countless people who lose their lives every day due to heroin; and not just the hapless user who injected the wrong dose of heroin into their veins.

One does not have to understand the intimate details of the heroin business to see how it's affecting our lifestyles and our friends. When new shipments of heroin begin hitting the streets, there is usually a dramatic increase of overdose cases that inundate emergency rooms across the area where people are exposed to new heroin. Since it's not regulated, users will often be complacent with their "usual" dose. They have a predetermined amount of heroin they use that works for them.

However, the new heroin has a higher purity level and is overloading people who are experienced users. It is happening all around us. If you suspect or know someone who is dealing with addiction to heroin, it's a good idea to seek help for them before it's too late. If someone experiences an overdose of heroin, take them to the emergency room immediately. They only have minutes to live without proper treatment.