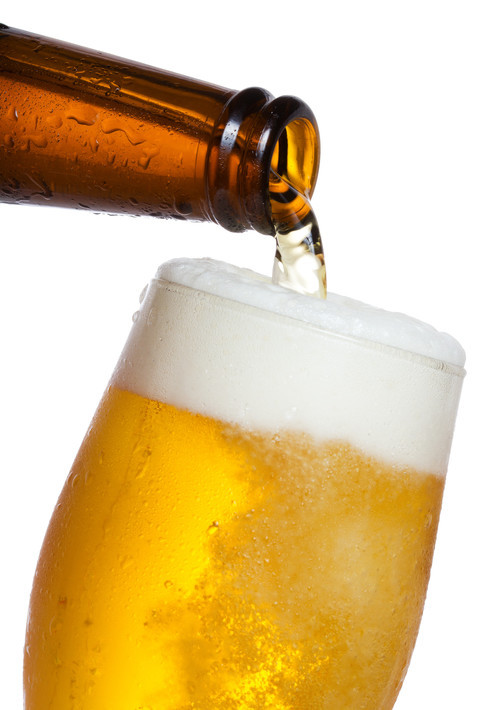 Non-alcoholic beer has been around for almost 100 years. It started when there was a constitutional ban on production, importation, transportation, and sale of alcoholic beverages from 1920 to 1933 (the 18th Amendment to 21st Amendment). Since the science of brewing beer has been around for (believe it or not) almost 4000 years, by the early 1900s, the brewers understood they were able to manufacture beer that had 0.5% alcohol by volume (ABV) or less and still be within the constraints of the constitutional ban. The same ABV percentage is used today to create various brands of non-alcoholic beer (NA).

Since beer drinkers of discerning tastes expect perfection, the residual alcohol contained in the brew allows the flavor to remain. The traditional NA beers have between 0.35% and 0.48% ABV. Alcohol within the beer creates certain stressors within the mouth and taste buds. Part of the allure of the alcoholic beverage is the amount of actual alcohol the beverage contains. Without unraveling the technical creativity of brewing beer, it's just important to understand that if someone is struggling with alcohol addiction, replacing "real" beer with near-beer is a huge mistake for many people.

There are several contributing factors in NA beer that create the perception, both physically and mentally, and can cause relapse in many alcoholics. Many beer brewers use a familiar bottle for their beers and change labels instead of the bottle designs with their stock. Labels and logos are crucial to beer manufacturers because they are identifiable and iconic in American culture. Color, designs, and bottle styles create distinct identifiable marks and help people relate subconsciously to their favorite beers. Other than the alcohol content and label, a non-alcoholic beer bottle is exactly the same as other alcoholic beverages.

Once upon a time, because the definition of non-alcoholic beer was not well established, it was possible for children (persons under the age of 21) to purchase near-beer without identification. The Bureau of Alcohol, Tobacco, Firearms and Explosives ratified laws throughout the United States to make it illegal to buy any type of beer manufactured by anyone under the age of 21, and near-beer is something people believe is a great alternative to their alcoholic doppelgangers.

However, when it comes to alcohol addiction, near-beer similarities will encourage alcoholics to drink more, feeling the psychological and physical addictive qualities that hold attractions. Many alcoholics will consume six beers in one sitting without thought or realization. The average alcohol by volume for a 12oz beer is around 4.5%. For preferential alcoholics who drink beer and not other alcoholic beverages, the amount of beer needed to sate the effects on the brain is high. Six beers (the average packaging size) are not enough. Since it takes so many beers to feel the effects of alcohol by volume, many social drinkers don't consider the number of beers they consume. 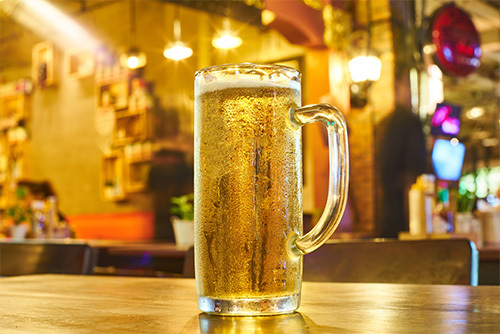 If a social drinker is not an alcoholic, drinking six to 10 beers during the course of a group function would not be an issue. They would still feel the effects of the ABV, but the receptors within the brain that create the problems for addicts are functioning normally and not contributing to the addiction. For alcoholics, especially those recovering from alcoholism, drinking near-beer is enough to create the illusion of drinking again. The bottle as well as the ABV, even as low as it is, will trigger the alcoholic.

A recovering alcoholic, even someone who has been sober for more than a year, can fall into the depth of alcoholism from drinking near-beer. One consideration with a non-alcoholic beer is the realization that it still has alcohol. If someone is genuinely concerned with turning around their lives and fully recovering from alcoholism, they need to steer clear of the beverage.

Finding an alternative for social occasions is never easy for an alcoholic. Many people going through recovery programs are warned to stay away from people who are drinking alcoholic beverages. And while it may feel as if there is a social alienation going on because people are trying to fight their addiction, going to a social event armed with near-beer as an alternative is not a good idea.

Surprisingly, on a national average, over 24 million adults will consume 74 drinks a week. In a week's time, that can be about three cases of beer (a case of beer is 24 12oz cans). That number is high, but according to the National Epidemiologic Survey on Alcohol and Related Conditions (NESARC), using Pareto Principle (known as the 80/20 rule), for 24 million Americans, 10 drinks a day is about right. 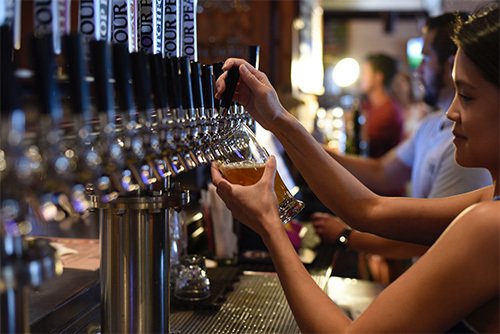 That number will rise exponentially with alcoholics. NESARC suggests that the top 20% of the average purchases for alcoholic beverages account for more than 80% of sales. It's likely to assume that anyone who spends more money on alcoholic beverages than on food on the average week has a drinking problem. If they purchase near-beer instead of traditional alcoholic beer, they will need to consume even more beverages to feel the effects their bodies are accustomed.

Near-beer is a lethal alternative for people in recovery programs. If there is even a question on whether or not it's a good idea to consume the product, then it's very likely the person is not serious about recovering. Anyone who questions purchasing non-alcoholic beer is looking for a reason to drink again, trying to justify the addiction. The effects of inebriation will happen, even with very low alcohol by volume content.

There is a psychological factor that allows people a certain state of mind when they drink. While the effects of alcohol vary moderately from person to person, an alcoholic will want to feel something from the near-beer, and they will drink more. Perception is a powerful device for the human brain. By romancing the drink, alcoholics are subconsciously falling into the trap of their abuse.

Much in the way people are trying to quit smoking and still have oral fixations, having a beer bottle in their hands for recovering alcoholics is enough to spark memories within the body, to establish a physical connection to the cravings and allow people emotional attachment.