The standard testing for drugs in a pre-employment screening covers most of the major drugs of abuse, including cannabis, opiates, amphetamines, cocaine, and PCP. Unfortunately, this also leaves out a large number of prescription medications which are quite frequently abused and can have the same catastrophic effects as common street drugs.

Frequently, people become addicted to pain and anti-anxiety medications, often with disastrous results. A common panel won't show the use of benzodiazepines or many opioids and allows for something of a loophole for those who are seeking employment while maintaining a habit.

If your company is utilizing a standard test, you could be missing some of those who could become a liability to your company due to their abuse.

This, of course, wouldn't include those who have been given their medications by a doctor, but the fact of the matter is that prescription drug use is a growing trend, and quite often, people can engage in the use of these compounds without ever having obtained a prescription. Sources of the drugs include theft, fraud, and those who have prescriptions selling them.

The popular perception of prescription drug abuse might not be quite as bad as the outlook of using meth and heroin, but in many cases, the end result is the same: addiction and all of the chaos that comes with it and oftentimes death.

Those who use substances are more likely to have accidents in the workplace, and those suffering from dependency issues quite often have much higher rates of absenteeism and poor quality work performance.

Taking all of this into account, it's important to make sure that employers are careful to screen their applicants, and expanding the test beyond the common drugs of abuse is becoming more and more necessary as time goes on. More people abusing prescription drugs points to one conclusion: expanded drug tests aren't just ideal, they're almost essential.

The most commonly abused drugs actually have similar effects as street drugs when taken in excess. They can impair thinking, reflexes, and/or cognitive functioning to a fairly high degree, and addiction to them will bring with it the usual consequences and erratic behavior associated with addiction.

Opioid type painkillers are probably the most commonly abused prescription medication. For the most part, the commonly prescribed opioids are hydrocodone and oxycodone.

These drugs can slow reflexes and cognitive function, and the person who ceases their use after habitually taking them for an extended period of time can experience crippling withdrawal that includes vomiting, shakes, and generalized pain.

Benzodiazepines are most commonly prescribed as anti-anxiety or sleeping medications. These include Xanax, Valium, Ativan, and others.

Benzodiazepines can impair cognitive function and memory to an extreme degree when taken in excess. This can cause blackouts and erratic behavior in the individual who has developed an addiction.

The withdrawals from these drugs can consist of tremors and seizures, and they can even be fatal if not treated by a medical professional. The blackouts and dangerous withdrawals make them particularly hard to deal with for both the individual and those around them. 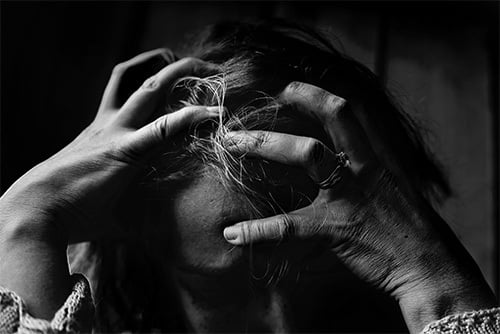 Amphetamines and Other Stimulants

Adderall is commonly prescribed to those who suffer from ADHD but it can be abused by almost anyone. Many other stimulants can also be used to get high, including most medicines used to treat the aforementioned disorder.

These drugs provide a high and an illusion of superior function in those who abuse them, and they can display aggressive and erratic behavior. They're commonly used functionally by people in many professions but are never prescribed for this.

Thankfully, the addiction to these is primarily mental and the individual will generally be fine after a day or two of "crashing."

Obviously, it wouldn't do to just test everyone pre-hire without some sort of vetting process when it comes to prescription medications. While most people can agree that drugs of heavy abuse like cocaine and methamphetamine aren't conducive to a good working environment, prescriptions drugs are a little bit different despite their addictive potential.

It's a good idea for prospective employees going in for a drug test to take a copy of their prescription in order to avoid any serious misunderstandings during testing. In the case of some medications, they may also need a doctor's note stating that they are still able to perform the job up to reasonable standards while taking their medication. Furthermore, when you work with a company like US Drug Test Centers, we'll have our medical review officer (MRO) review and verify all test results.

It's important to note, especially for employers, that you can't discriminate against someone with a medical condition. 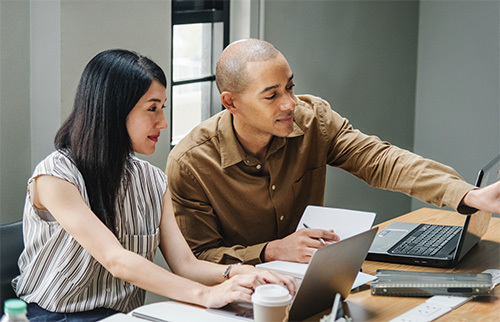 This doesn't apply to jobs that require operating heavy machinery or driving, for obvious reasons. Essentially, impairment in a job which requires quick reflexes and attention to avoid disastrous consequences can still disqualify the individual from working there, but in most professions, the employer may have to accept positive results.

Employers Should Use Full Panel Tests

Employers should use full panel tests when they're screening prospective employees. Common prescription drugs can cause just as much of a disruption in the workplace as many of their illicit cousins, and the behavior can have devastating effects on both the individual, the people around them, and job performance.

While you'll have to exercise more judgment in these cases, it's a great way to make sure that no one who's actively abusing any kind of drug makes it through your screening process and can help you make for a happier, safer, more productive workplace.

US Drug Test Centers can help you maintain a drug-free workplace. Contact us today to take action.